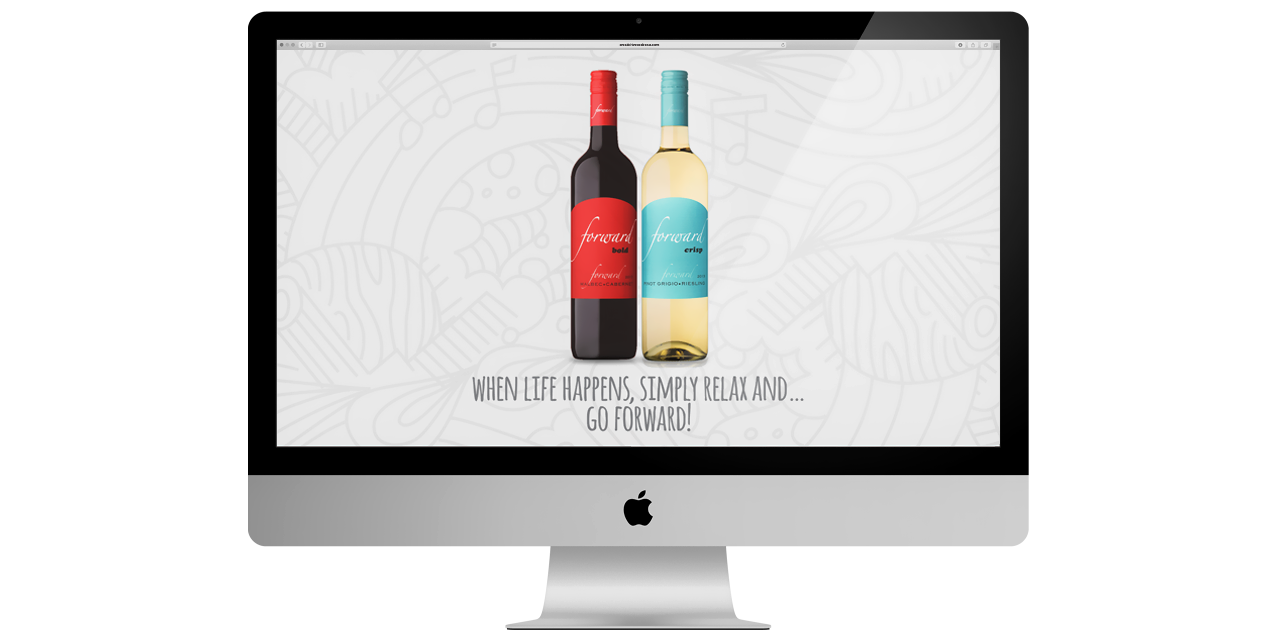 Throughout the years, BANG! creative worked on a number of assignments for Pelee Island Winery; the first being the rebranding of their EcoTrail Chardonnay Auxerrois and Cabernet Franc Baco Noir Chamboucin. The original EcoTrail was built around a theme focused on indigenous and, in some instances, endangered flora and fauna native to Pelee Island. As active conservationists, the winery plays an active role in both protecting the ecology of the island, while shedding further light on the island’s natural balance. BANG! creative’s solution was to shorten the brand name to simply ‘ECO’., while turning our attention to creating a visual identity which literally embraces and reflects many of the island’s unique specimens. Clean and simple in design, the label utilizes raised ink (thermography) and the die cut silhouette of the island’s highly prized dwarfed tree frog.

BANG! creative also worked through a number of other wine styles and vintages, both as early stage concepts, as well as through to production. Night Glider was the proposed brand refresh for  their Gamay Noir Zweigelt, while Ruggles’ Run, Two Trips by Boat, Island Solstice, Soaitolo and Tra Amici were all explorations of existing brand extensions.

Apart from label design, BANG! creative was also asked to assist in the introduction and marketing of Pelee Island Winery’s Forward Bold and Forward Crisp wines. While we played no role in label design, we did develop b brand launch which included banner stands, microsite, social media, consumer engagement and ads placed in LCBO’s Food & Drink.

We’re proud of the work we did on behalf of Pelee Island Winery and were thrilled when our ECO design received international recognition, with a Best of Category win in the Summit International Creative Awards. 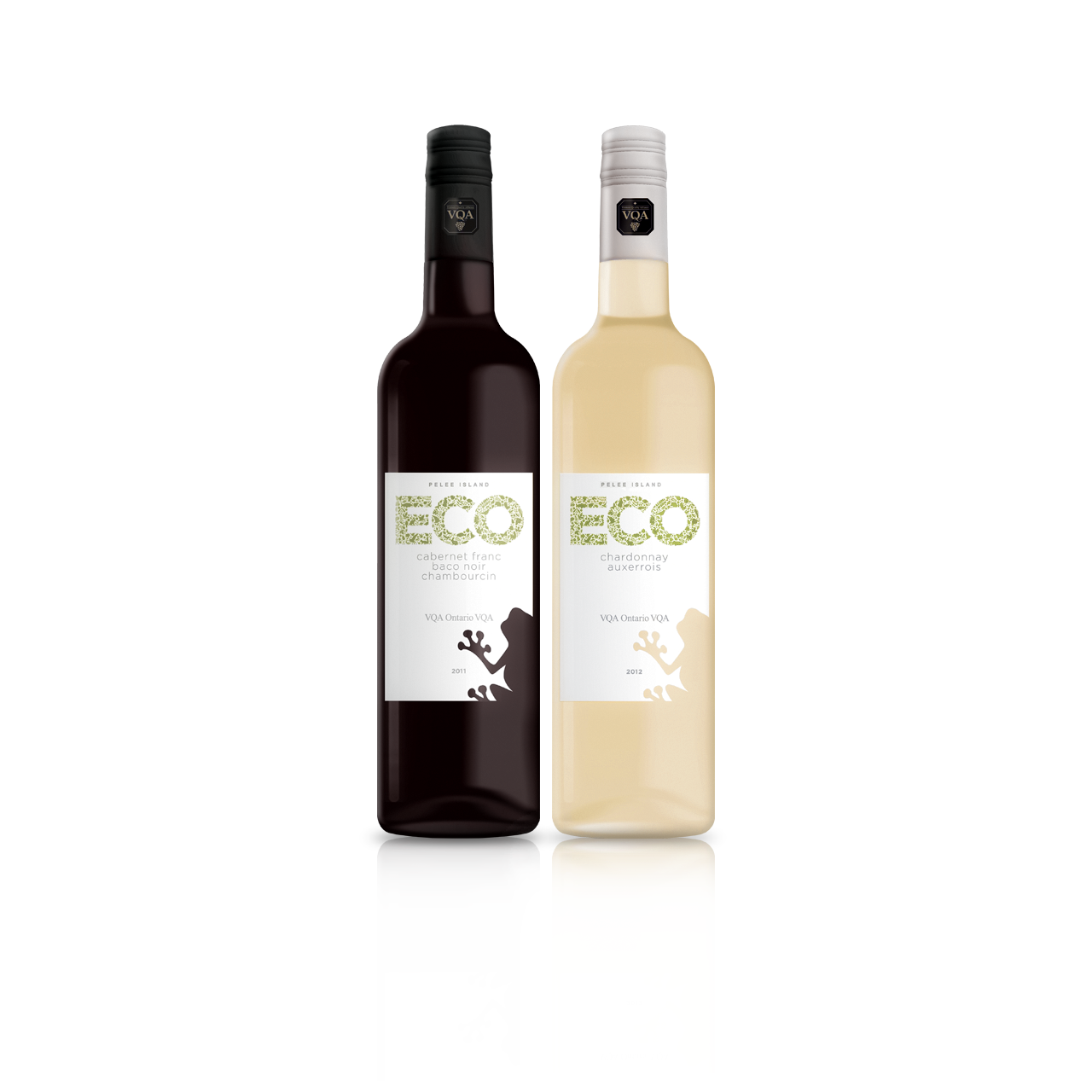 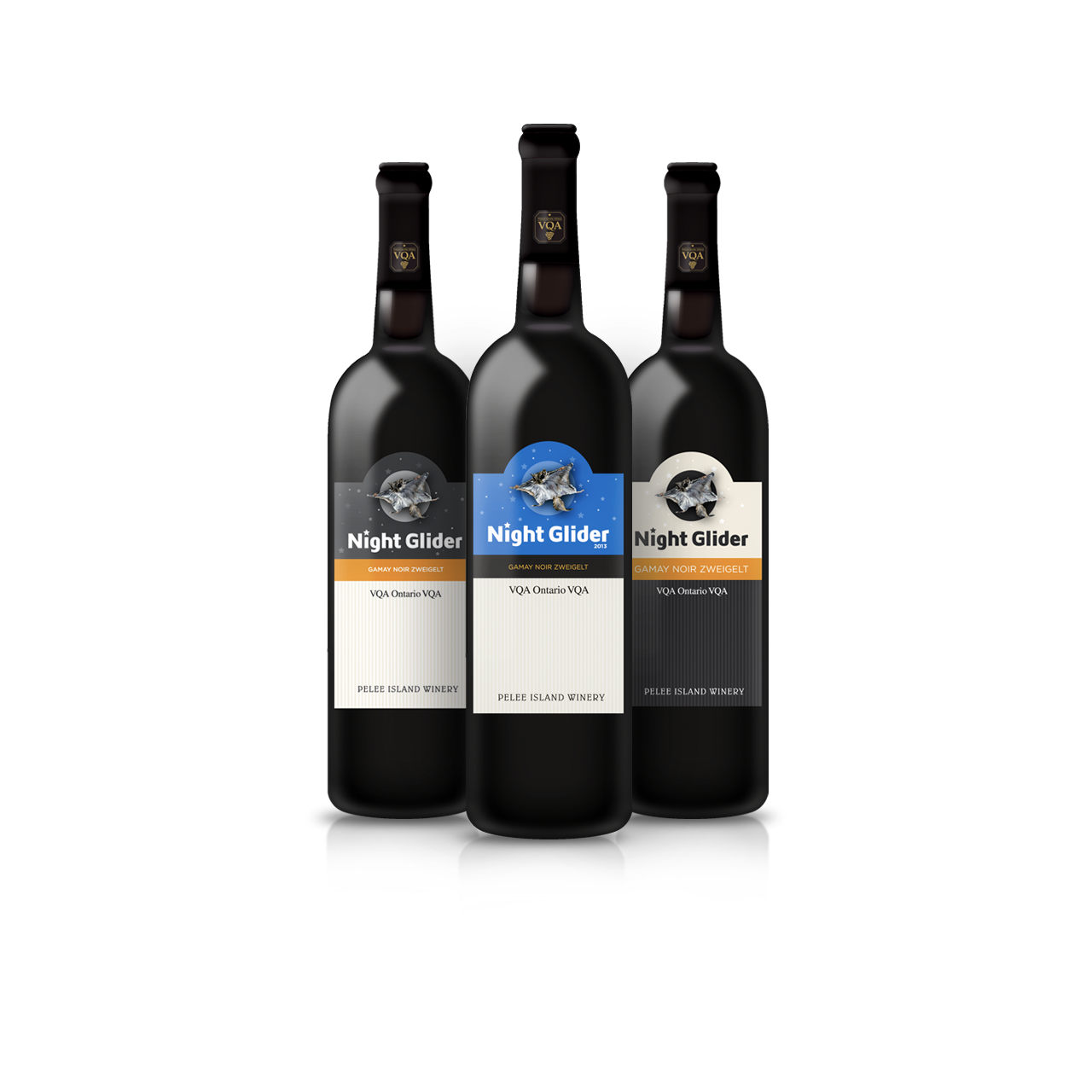 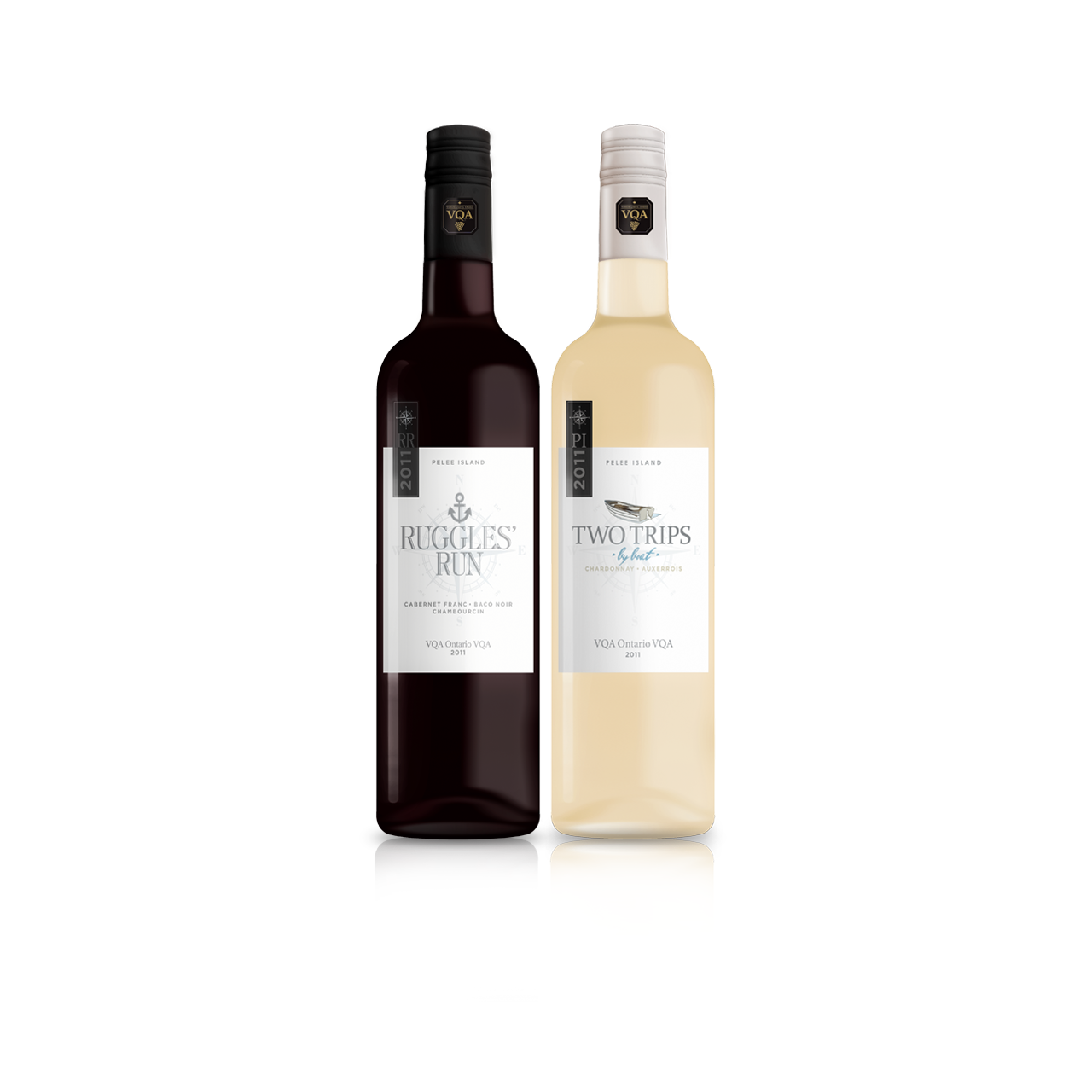 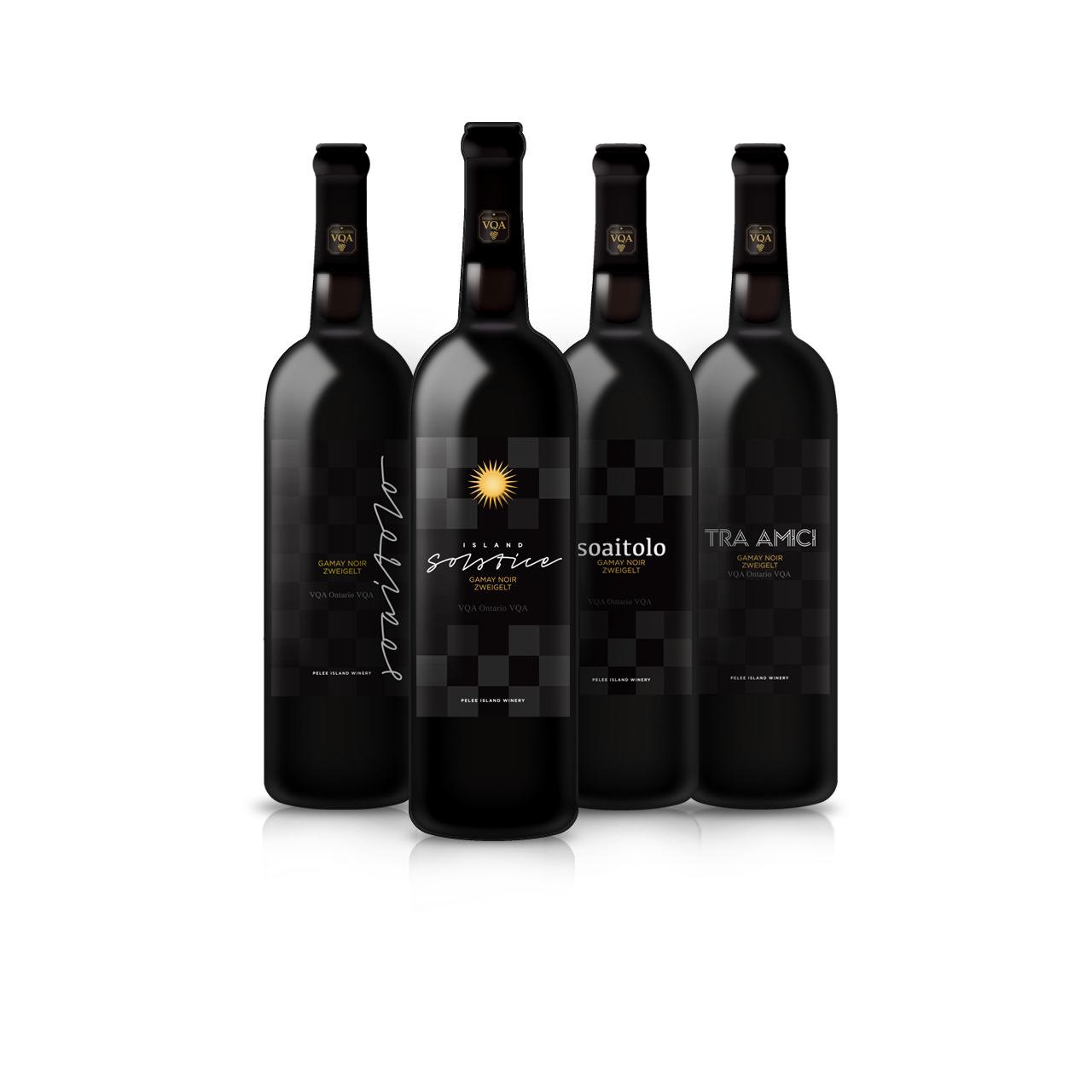 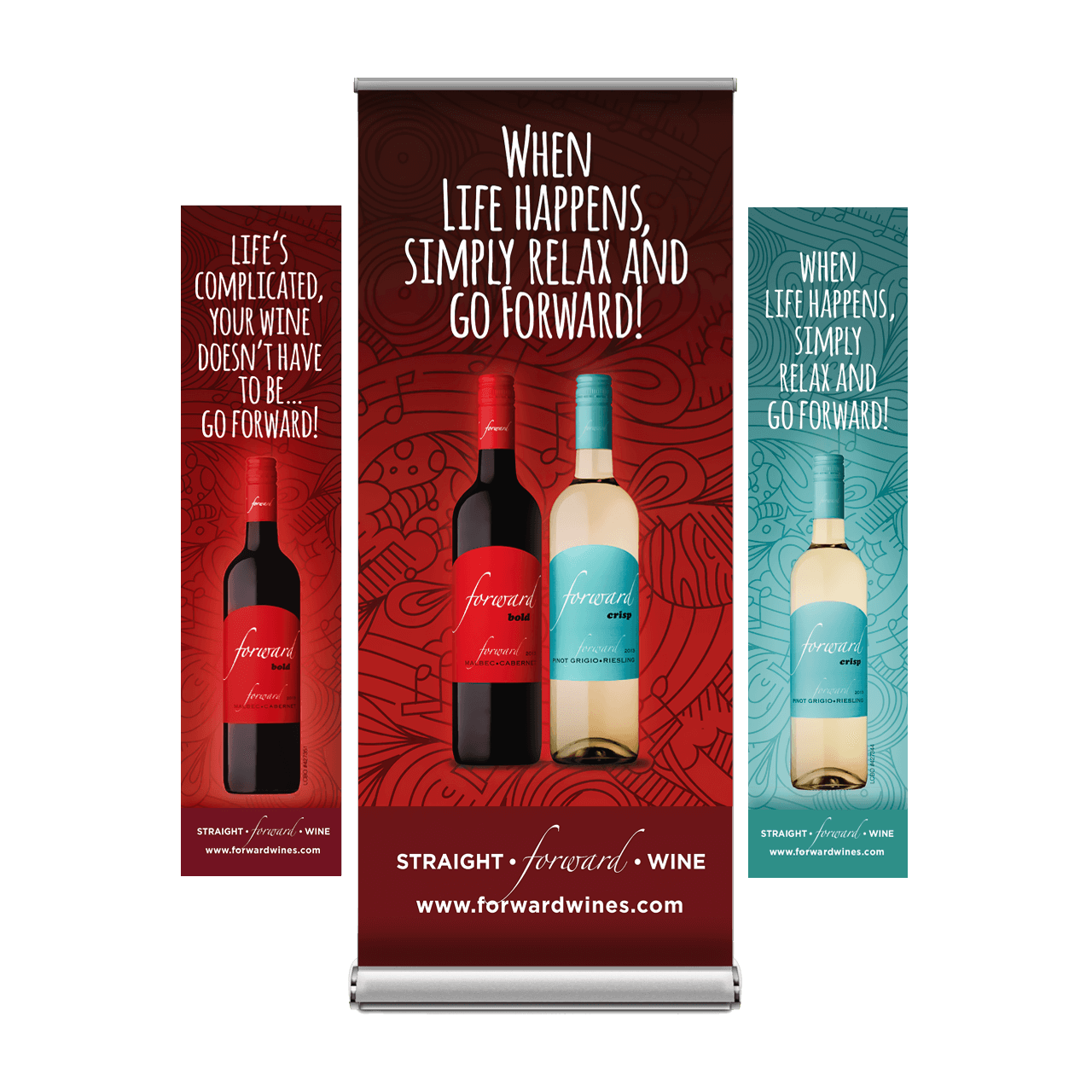 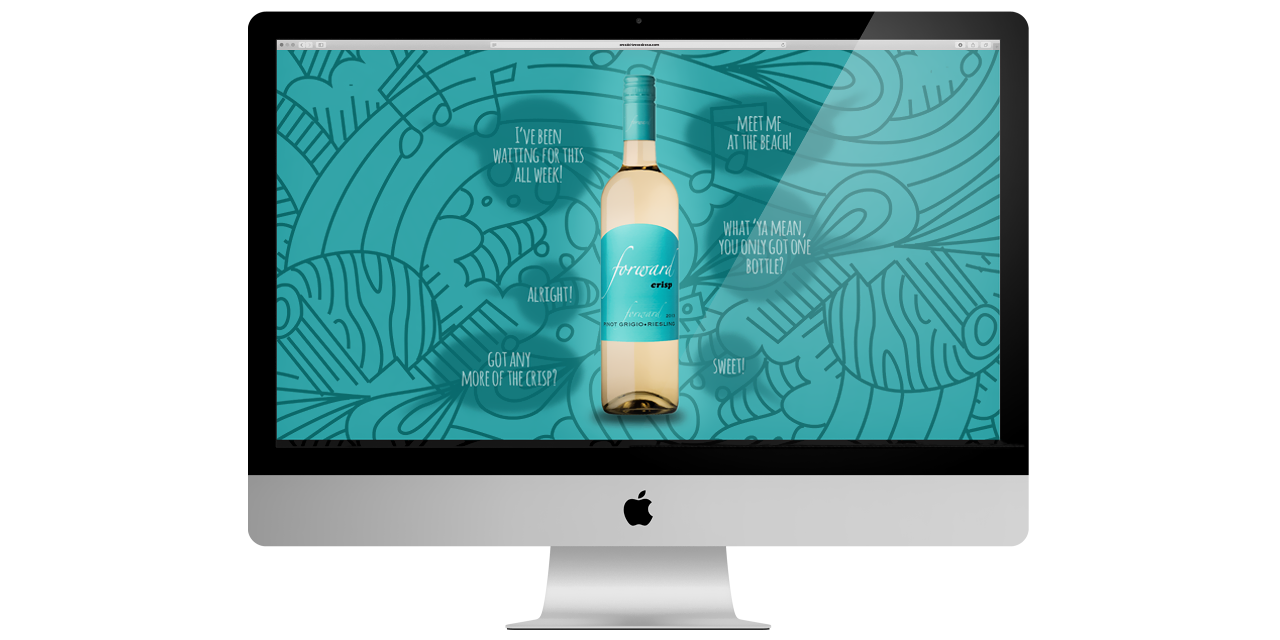