When Roadsport Auto Group secured exclusive rights to sell the Ariel Atom in Canada, they turned to BANG! creative to develop a brand presence true to Ariel, yet anchored in Roadsport. At the same time, the market space in which they would compete–like the Spec Race Atom–was both unique and highly specialized.

A track vehicle unlike any other, the Spec Race Atom  boasts a minimalist design which allows drivers to feel the rush of the track far above and beyond that of competitive, course vehicles. In fact, ‘right out of the box’, the Atom blew the socks off of well established, recognized and highly modified competitive brands. Less the big ticket maintenance of most track vehicles, the Spec Race Atom’s 80K price tag extends an attractive, affordable entry point for both hobbyists and professional drivers.

Though client assets were limited and budgets tight, BANG! creative met the challenge by building a brand presence through track-side literature, digital media, custom merchandising, team trailer and racing suits, event support (for both the Toronto International Auto Show and Toronto Indy), as well as the development of the Founding 15; a club exclusive to a core group of Spec Race Atom owners. We started with basic track shots built out in our studio as Photoshop composites; mirroring the quality and polish of proper studio images. Eventually, a much broader advertising campaign, built around a professional photo shoot, was developed and proposed to better reflect the real image behind the machine.

To date, the Roadsport Ariel Team continues to pick up wins on the track, while BANG! creative is pleased to have picked up a Summit International Creative Award, for our Roadsport Ariel Atom Campaign, in the ‘Best Idea Never Produced’ category; maintaining our vision of marketing material in the style we would have liked to have realized.  Either way, as always, our focus remains in not only meeting, but exceeding client expectations. A win for everybody! 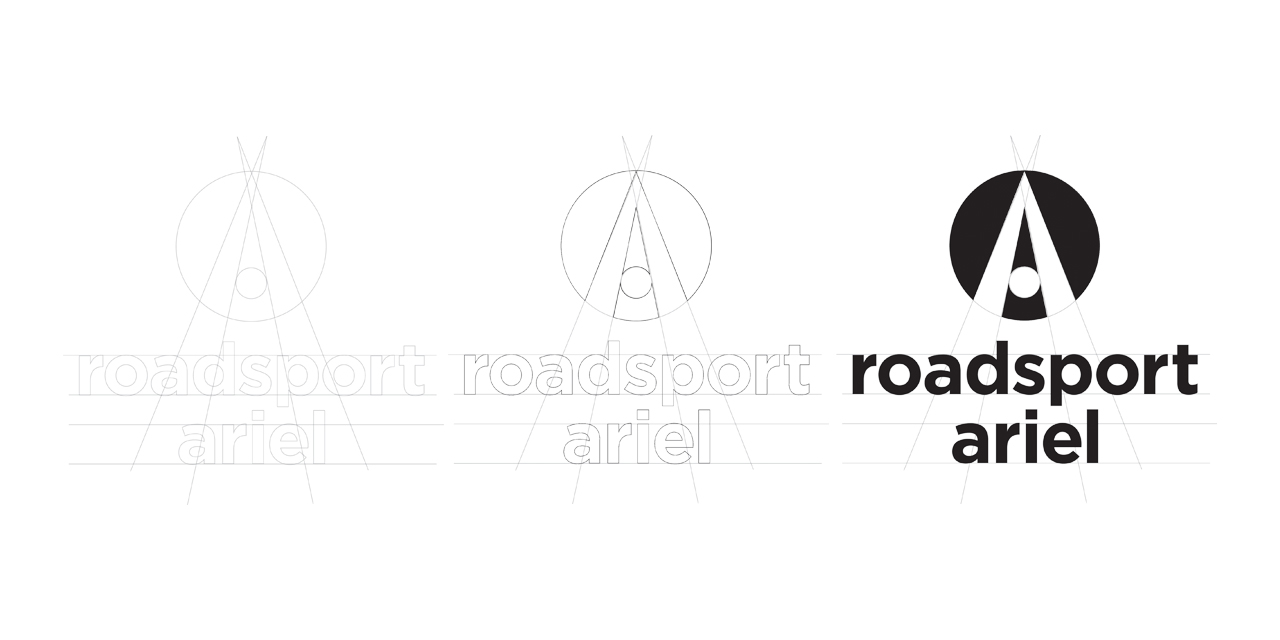 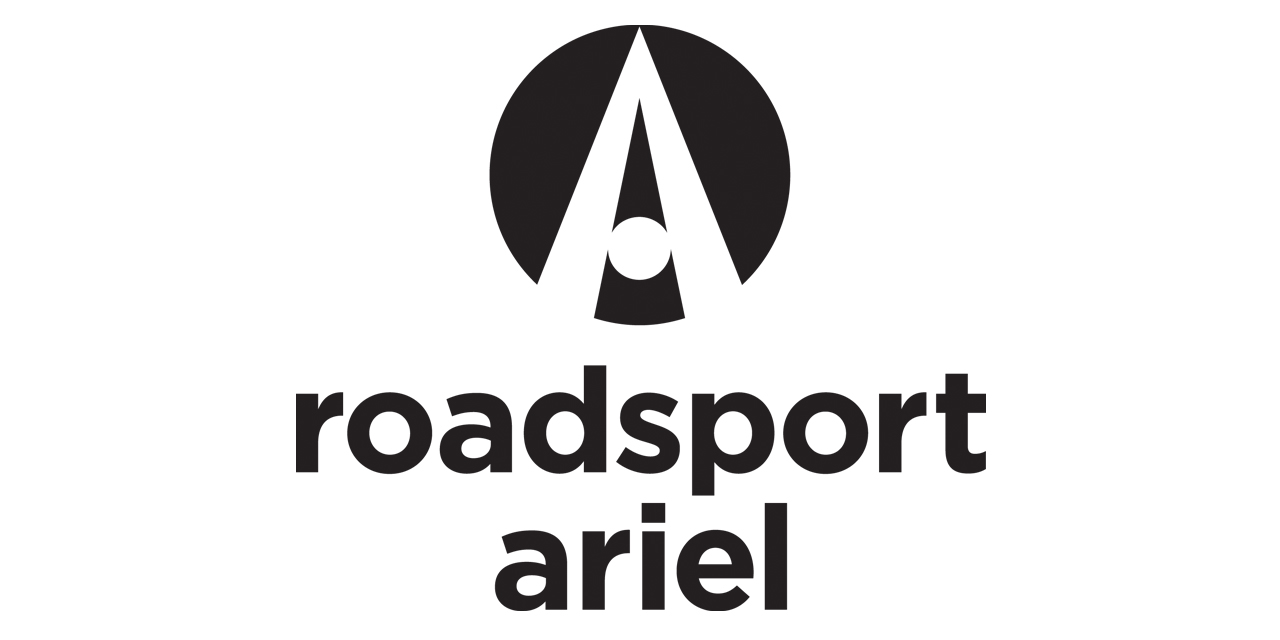 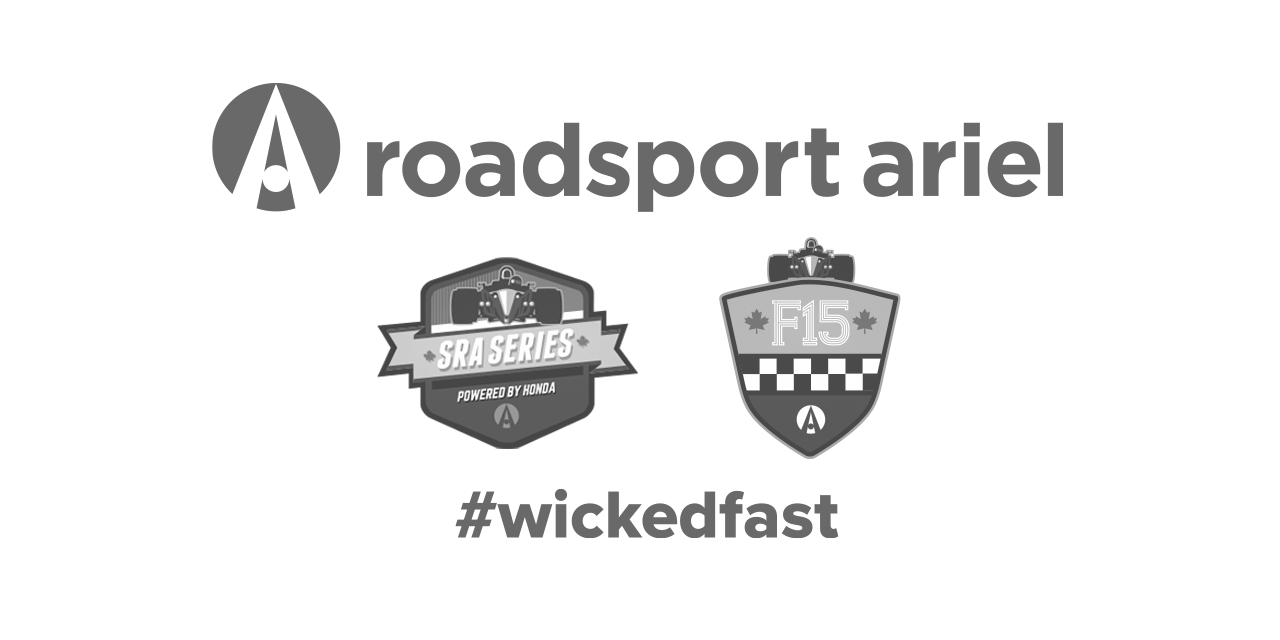 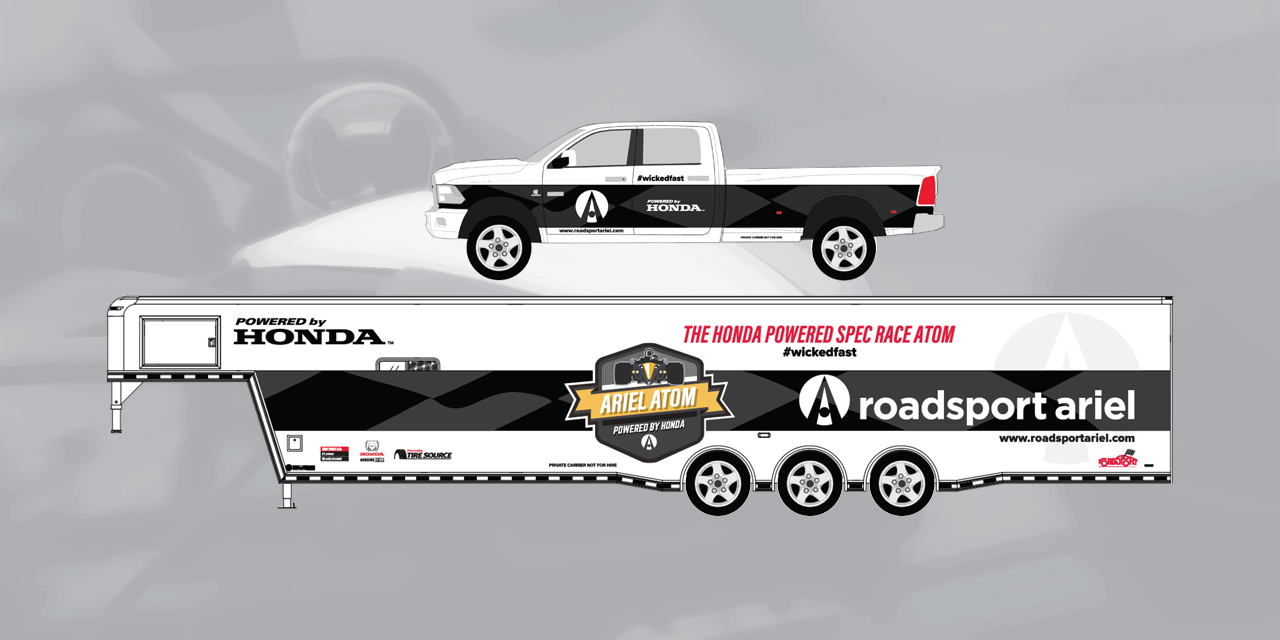 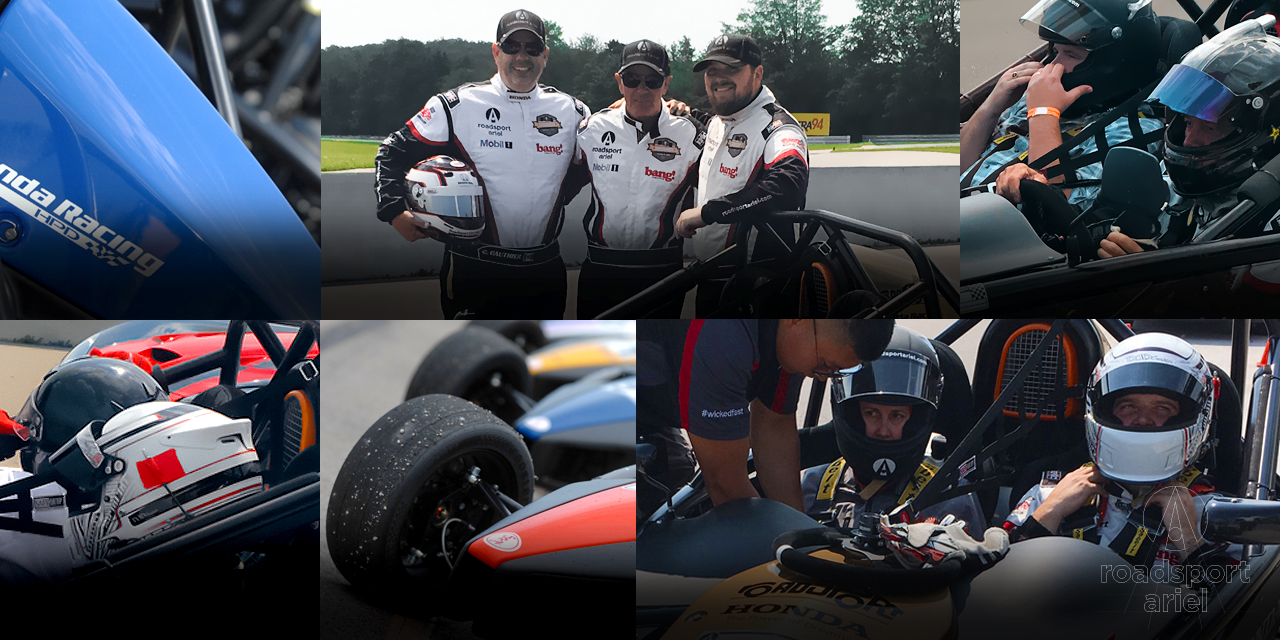 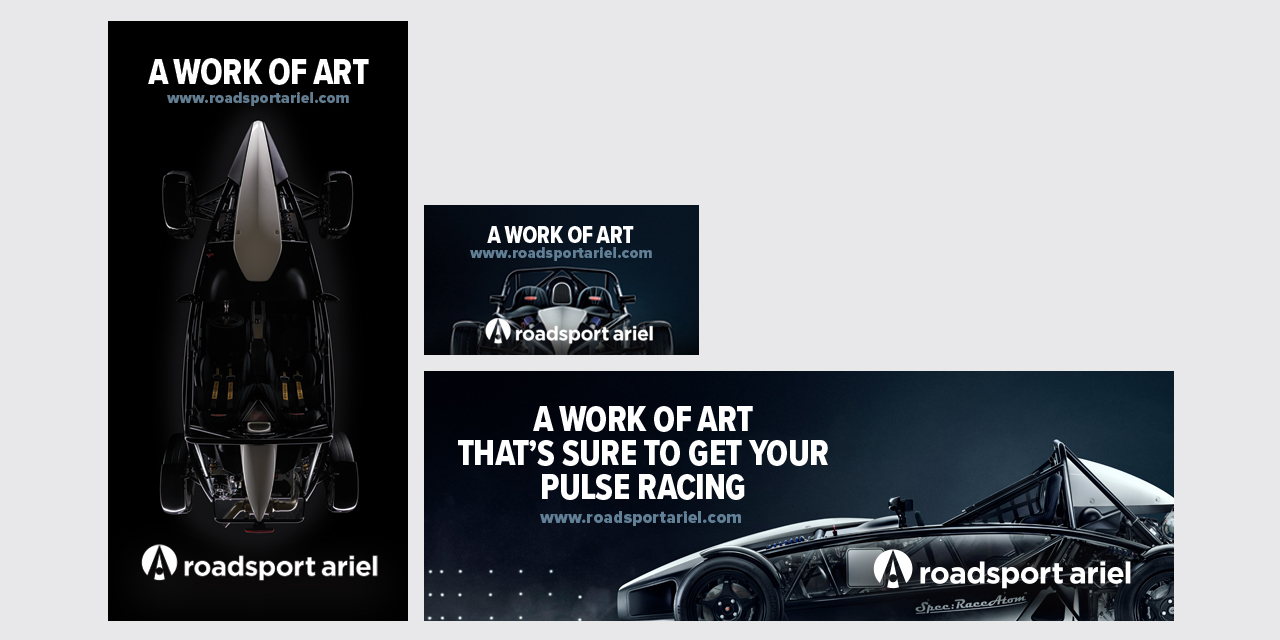 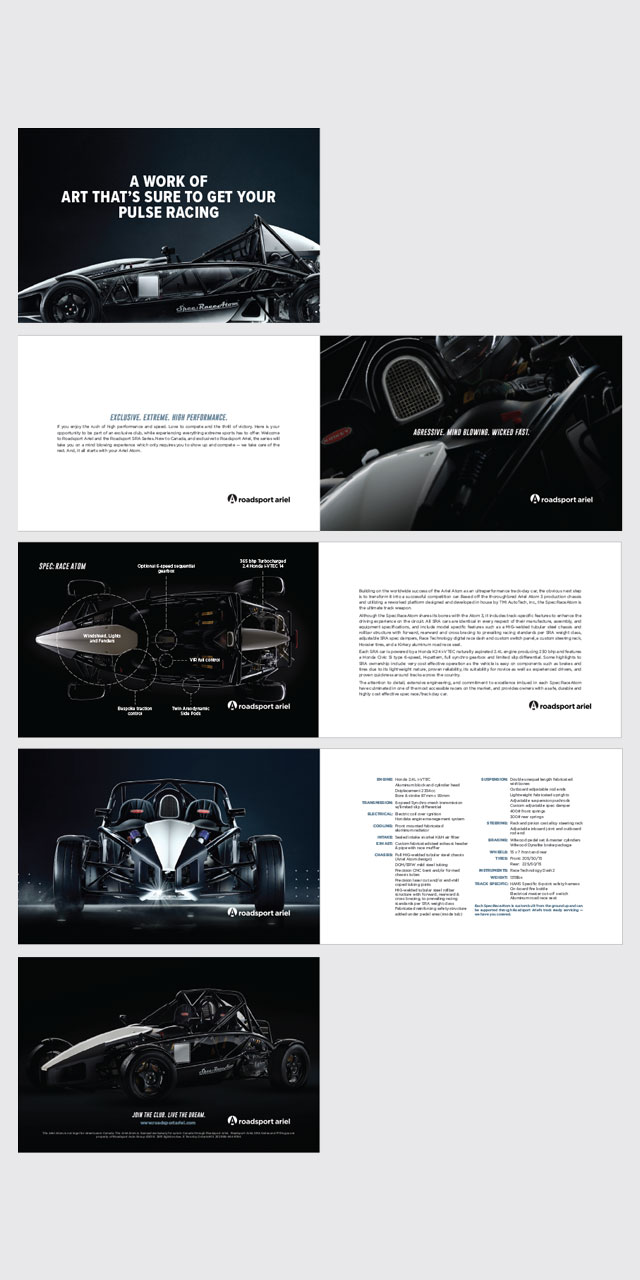 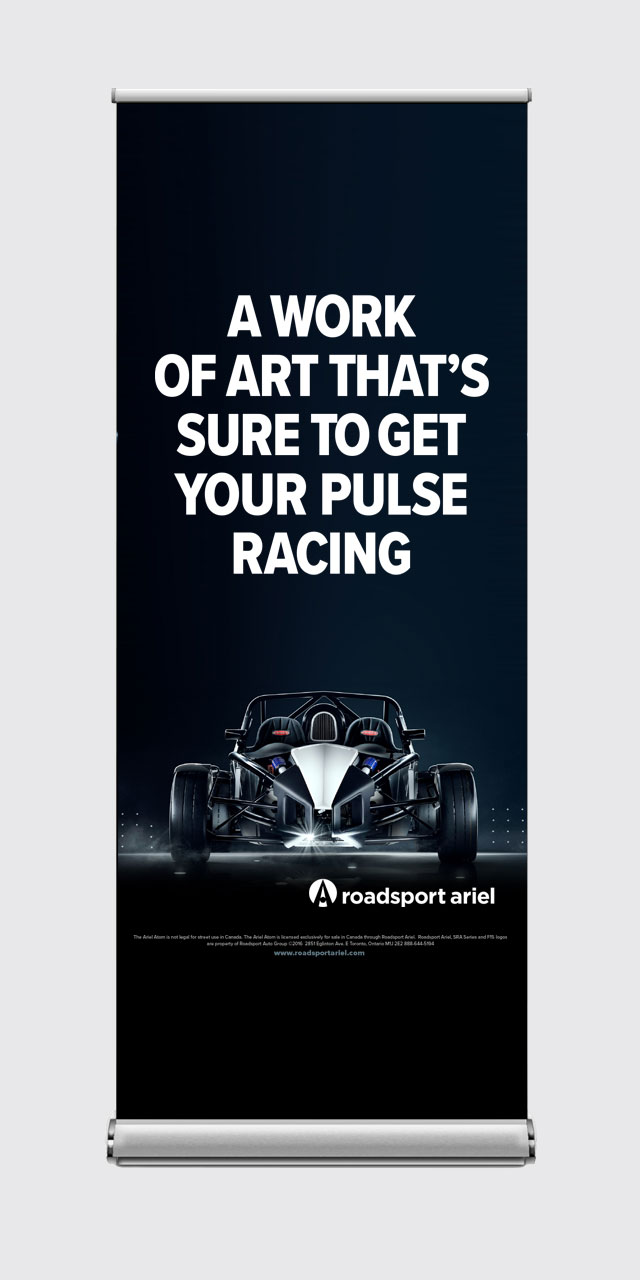